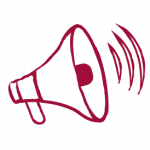 In order to enable children to participate as fully as possible in decisions that affect them, Terre des Hommes Suisse works to give them the opportunity to participate by making them aware of their rights, by giving them the tools to defend themselves and by creating access to participation groups.

Indeed, in some contexts where Terre des Hommes Suisse’s partners intervene, involving children in decisions that affect them is not always a common practice. Children are trained on their rights, including that of participation, and can pass on their knowledge to their parents.

Young people have also been integrated into the governance of the association since the creation of the International Youth Council of Terre des Hommes Suisse in 2018. Elected by their peers in Latin America, India, Africa and Switzerland, they are the voices of children and young people in their own countries and before international bodies.

On the occasion of the 30th anniversary of the Convention on the Rights of the Child in November 2019, the children mobilised to defend their rights and submitted 545 requests and proposals to schools and local and national authorities.

Our wish is that all children and young people know their rights and are capable of defending them by becoming actors of change in their own lives but also in their communities.

82% of the children and young people benefiting from the Terre des Hommes Suisse international program felt that they were more listened to, especially within their families and at school.

"I felt that I was heard. I was invited, given the courage to talk about the problems faced by children in my country, to give our recommendations and provide solutions." 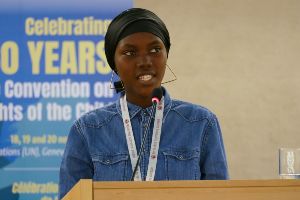 The work of Terre des Hommes Suisse in relation to the right to participation is in line with the sustainable development goals 4 (quality education), 5 (gender equality), 16 (peace, justice and effective institutions).

Every donation counts and makes a difference in a child’s life.

Thank you for your precious support!